Saskatoon police do more carding than other Canadian cities: report

Saskatoon Police confirm that nearly 4,500 people were stopped and asked for identification in the city, an average that is higher than other Canadian cities such as Toronto, Ottawa and Montreal. 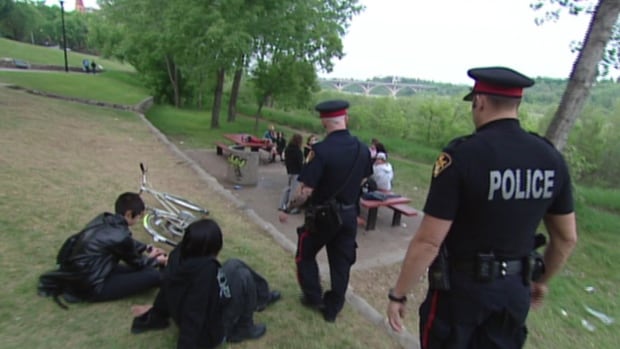 But the chief of the police, Clive Weighill, says the practice helps solve and prevent crimes.

"We want our officers out at night checking on people in suspicious circumstances. That's why we have patrol," Weighill told CBC. "I think it deters crime and helps people be accountable for what they're doing in the evening."

The numbers come from a special report in the Globe and Mail that compiled data from police forces across the country on the practice of carding: where a police officer stops a member of the public and asks to see their ID.

Saskatoon police tell CBC that officers performed 4,457 street checks last year. That's about 1.7 per cent of the city's population, which police say is about the same rate as Halifax.

According to the Globe and Mail report, that puts Saskatoon near the top of the list in Canada.

Weighill said his officers are well versed in the Canadian Charter of Rights and Freedoms and aware that people do not have to stop and give their name if asked.

"I would hope citizens understand why we're doing our job and why we're asking those questions," he said. "There's nothing to fear by supplying their name."