Prepared by Ajamu Nangwaya, Ph.D., for the Network for the Elimination of Police Violence

"I have come to believe over and over again that what is most important to me must be spoken, made verbal and shared, even at the risk of having it bruised or misunderstood. That the speaking profits me, beyond any other effect." - Audre Lorde

As a member of the Afrikan-Canadian community in the city of Toronto, I am quite puzzled by the exuberant display of irrationality and misplaced expectations over the possibility of the appointment of either Deputy Chief Peter Sloly or Deputy Chief Mark Saunders as the next police chief of the Toronto Police Service (TPS). These two cops are both Afrikan-Canadians. 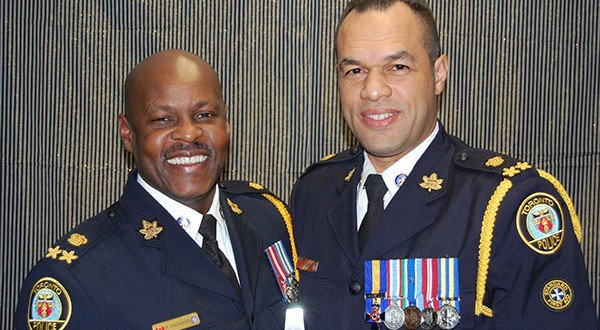 Peter Sloly's candidacy for the top position on the policing food chain recently received a ringing and enthusiastic endorsement from the Share newspaper, the weekly publication with the highest circulation in Toronto's Afrikan-Canadian community.

Share's publisher and senior editor Arnold Auguste makes the claim that the next police chief must be "someone who understands the needs and demands of modern-day policing in a city as diverse as Toronto and someone who has lived that reality," and, as such, he unapologetically, and "…with all due respect to the other candidates, …can't see anyone else fitting that description than Deputy Chief Peter Sloly."

If organizing is the weapon of the oppressed, why are we stuck on mobilizing?

The rebellion in Ferguson, Missouri, against the killing of unarmed Afrikan American teenager Michael Brown has inspired me to reflect on the question of the organizing model versus mobilizing or mobilization model in the struggle for Afrikan liberation in North America as well as the broader humanistic fight for liberation from various forms of oppression. Organizing the oppressed for emancipation is the preferred approach to engaging them in the fight for their liberation as opposed to merely mobilizing them.

The rapid demise of the Occupy Movement and the scattering of the occupiers should be an objective lesson on the need for freedom seekers to become organizationally affiliated. Where are the tens of thousands of people who participated in the occupations in Canada and the United States? If I had to hazard a guess, I would argue that most of them are not in organizations that are committed to liquidating the various systems of oppression. They have gone back to doing the mundane activities of life that are not connected to movement-building. Essentially, they have been demobilized!

When I raised the issue of organizing the oppressed, this project is centrally focused on building the capacity of the people to become central actors on the stage of history or in the drama of emancipation. The socially marginalized are placed in organizational situations where they are equipped with the knowledge, skills and attitude to work for their own freedom and the construction of a transformed social reality.

Under the organizing model the people are the principal participants and decision-makers in the organizations and movements that are working for social change. The people are not seen as entities who are so ideologically underdeveloped that they need a revolutionary vanguard or dictatorship to lead them to the “New Jerusalem.” The supreme organizer and humanist Ella Baker took the position that the masses will figure out the path to freedom in her popular assertion, "Give people light and they will find a way." 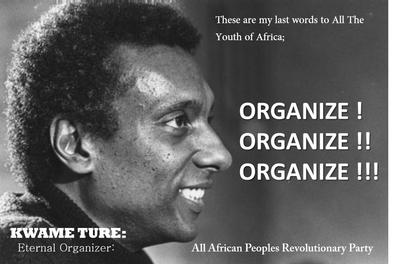 This work of finding ‘a way’ is done in grassroots, participatory-democratic organizations, which are the principal instruments of self-determination for the oppressed. The Student Nonviolent Coordinating Committee (SNCC), a student-based civil rights group during the struggle against apartheid in the American South of the 1960s, employed the organizing model. SNCC focused on building local organizations with indigenous leadership that effected the struggle for freedom by, for, and of the people affected by white supremacy and capitalist exploitation.

These student organizers lived among the people and, in effect, committed ‘class suicide’ by their existential unity with the people, as called for by the revolutionary Amilcar Cabral. They weren’t like Martin Luther King and his Southern Christian Leadership Conference and other major civil rights organizations and their leaders who entered a local community for a march or demonstration with the media in tow. At the end of the event, they leave town with a demobilized population behind them. This is the mobilization model that shall be marked as “Exhibit A.”

The mobilizing or mobilization model of struggle seeks to bring the people out to support political actions that are conceived, planned, and executed by organizational or movement elite. The people are, essentially, extras in the drama of liberation with the leaders as the featured actors. The rank and file members or participants are without substantive voice and initiative. In the mainline trade unions of today as well as in much of the activities of other social movements, mobilization is the weapon of choice.

Included in the mobilization model is the spontaneous reaction of the oppressed to acts of state domination or violence from dominant social actors. For example, in some cases of police violence against Afrikans in Canada and the United States, the community is mobilized to march or demonstrate in protest against the incidents of injustice. There will even be the occasional rebellions or uprisings. But the passion for justice will predictably disappear in short order. The people’s attention will be distracted by routine, everyday activities until the next killing or episode of police brutality.

When organizations and movements favour mobilization, it is all about bringing the rank and file out to mass actions (the spectacles of resistance) such as rallies, demonstrations, pickets, strikes, and voter registration drives. At the end of the event, the masses are sent back home to assume their stance as passive spectators in this elite management approach to liberation. The people’s will is represented by the leaders, because participatory democratic practices are not on the organizational menu.

If the people’s bodies are needed, they will be summoned for the next action. The critical knowledge, skills and attitude that are used to effect resistance reside largely within the leadership. Even when the people are members of organizations, it is usually the elected leadership and a few people around it, and the paid staffers who do the bulk of the strategic and operational activities. They are the brain trust of the movement.

Invariably the mobilizing or mobilization model comes with the reliance on a supreme leader or a few individuals at the top of the organizational or movement leadership food chain. Ella Baker cautioned us about the will toward the preceding state of affairs:

"I have always felt it was a handicap for oppressed peoples to depend so largely upon a leader, because unfortunately in our culture, the charismatic leader usually becomes a leader because he has found a spot in the public limelight….”

The oppressed and movement organizations cannot keep on executing the same shopworn tactics, while expecting different outcomes. It time for us to engage in organizing the people for social transformation.

The Black Panther Party (BPP) was most threatening to capitalism and white supremacy in the United States when it organized around the needs of the people. The Federal Bureau of Investigation and its then director J. Edgar Hoover were clear about the revolutionary potential of organizing around the basic needs of the Afrikan working-class by way of the Free Breakfast for Children Program.

Ajamu Nangwaya, Ph.D., is an educator and a journalistic activist. He is an organizer with the Network for the Elimination of Police Violence and the Network for Pan-Afrikan Solidarity.